Silicon Valley heavyweight Marc Andreessen has blocked Jack Dorsey on Twitter – the social media platform the latter co-founded – for his comments on Web3.

The ban came after Dorsey criticized the venture capital industry and made several comments about the firm Andreessen co-founded, Andreessen Horowitz.

“I’m officially banned from Web3,” Dorsey tweeted on Wednesday, alongside a screenshot showing he had been blocked by Andreessen.

This week, Dorsey expressed a series of views on Web3, a new iteration of the internet that incorporates decentralization based on blockchain technology. The entrepreneur said Web3 would be owned by rich venture capitalists such as Andreessen instead of “the people.”

Andreessen, who made billions from early bets on companies such as Facebook, has now backed a number of firms that are working on technologies that could one day underpin Web3. 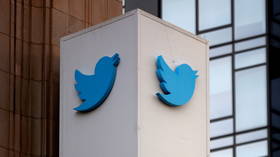 1 hour ago
We use cookies on our website to give you the most relevant experience by remembering your preferences and repeat visits. By clicking “Accept”, you consent to the use of ALL the cookies.
Do not sell my personal information.
Cookie SettingsAccept
Manage consent