British rock star Sir Rod Stewart and his son, Sean Stewart, have pleaded guilty to battery over a New Year’s Eve incident at a Palm Beach hotel in Florida but will avoid any punishment.

The Stewarts were accused of a physical altercation with security guard Jessie Dixon at the exclusive Breakers Hotel on December 31, 2019. Court documents state that the incident was prompted by the refusal of hotel staff to let children from the Stewarts party into a private event.

According to Daily Mail, which has obtained hotel surveillance footage, Stewart, besides punching the guard, “even performed what appeared to be a Hitler salute with his right arm extended above his head while fingers of his left hand made a Hitler-style mustache.” 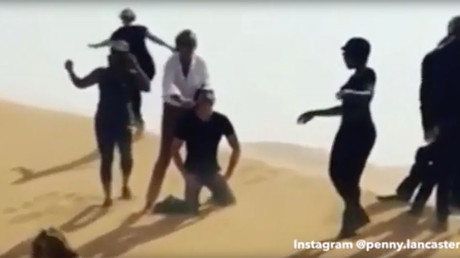 McDonald’s expands test of McPlant burger created with Beyond Meat

From Darkness to Light